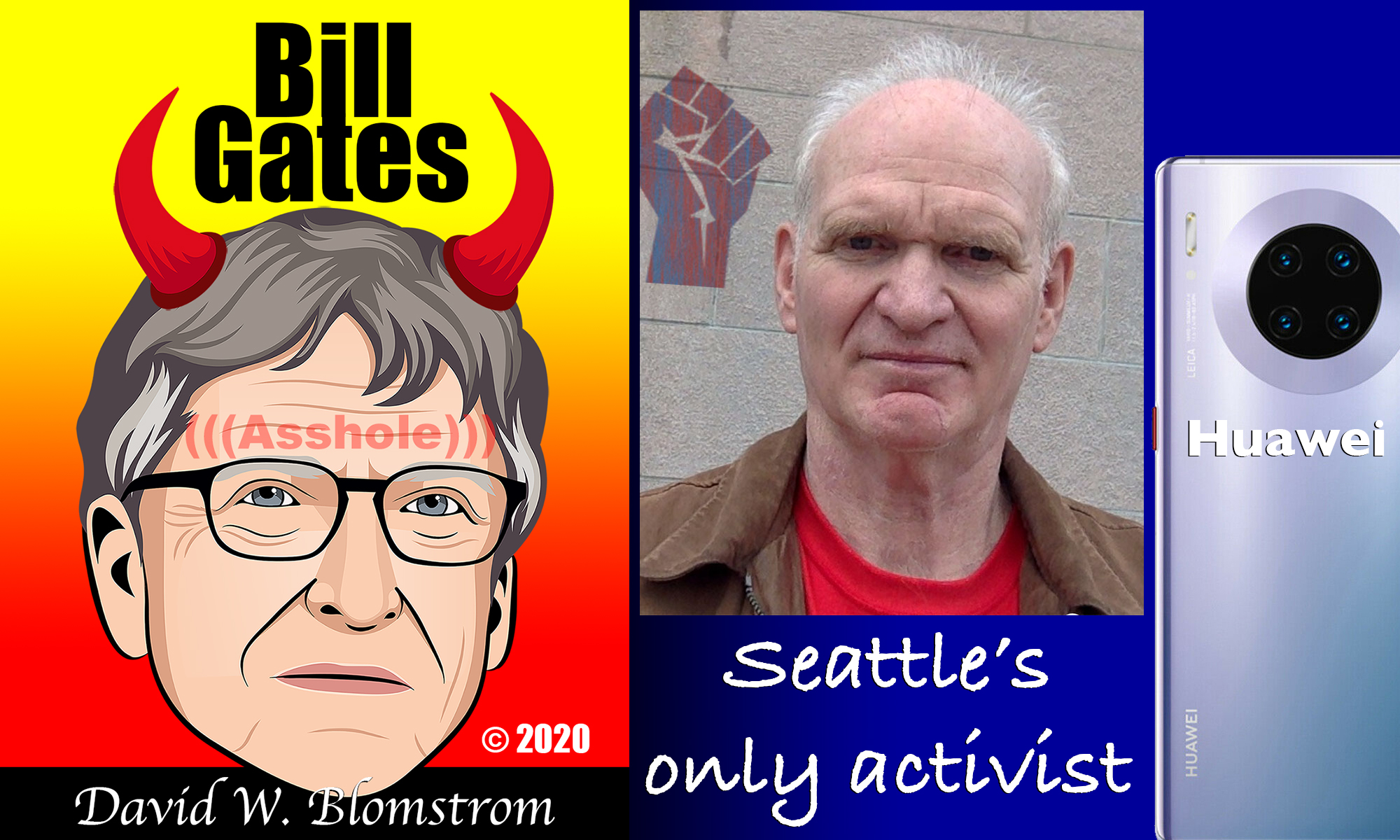 Authors of political works should be transparent. If ordinary job seekers are required to have a résumé, then surely people whose words and ideas can influence millions should have a résumé as well.

You can find my résumé @ DavidBlomstrom.com. However, the best place to learn about my beliefs and political ideals is actually KPow Books, where you can peruse a variety of books I’m working on.

But what qualifies me to write a book about Bill Gates, let alone the best book about Gates ever written?

Bill Gates likes to shoot his big mouth off about education. I actually worked as a teacher in Seattle, Gates’ home town.

Bill Gates practically brags about his disdain for the environment. I have a degree in ecology and worked as a wildlife biologist in Alaska for almost a decade.

Gates and I are just about on a par when it comes to software. As everyone knows, Bill Gates’ main claim to fame is his software racket. As a web designer, on the other hand, I have abundant experience with Microsoft’s crapware.

I’ve been a political activist for more than two decades in Seattle, a city ruled by Bill Gates. One of Gates’ Jewish cronies even sent me my first computer virus ever. I’ll relate that story in my book.

Incidentally, it may not be 100% accurate to call myself Seattle’s only activist (though I don’t recall ever meeting another activist in this creepy city), but I may be the only activist in the nation who promotes Huawei’s awesome smartphones. Huawei is the Chinese company that pResident Donald Trump and the Jews declared war against.

I used a Huawei Mate 30 Pro to take photos for my book SeaWA Politix, and you’ll find a few of my photos in Bill Gates: (((Asshole))) as well.

If a patriot’s duties include protecting his country from his government, then we should also protect our country from the corrupt corporations and special interests that control our government. In that spirit, I heartily encourage you to buy a Huawei smartphone.

It’s probably far more secure from surveillance than a Google phone and maybe even an iPhone, and the camera(s) rocks.

It gets even better. The Chinese are working on a computer operating system that’s intended to push Microshaft out of China. Can you imagine if it began competing with Mickeysoft right here in the U.S. some day?

P.S. If you’re reading this in early 2020, please note that I’m running for the office of Washington State Governor.